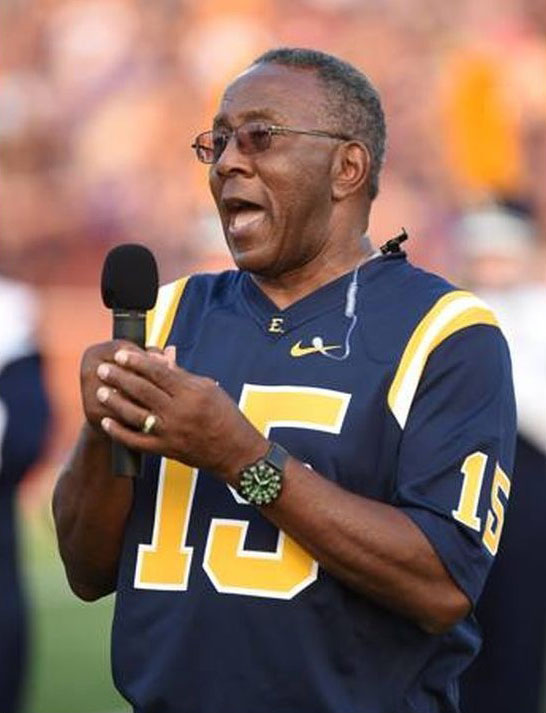 Johnny Russaw knew he was going to change things when he started school at East Tennessee State University in 1964. As the school’s first black football player, Russaw broke barriers while amassing a stellar athletic career at ETSU.

“I knew I was going to change environments. I had always been in all-black environments. It was different at ETSU. Langston prepared me to go in and handle things like that,” he said.

Russaw’s was of one of the last classes to graduate from Langston High School, Johnson City’s only black high school. Langston is also one of the few remaining Rosenwald Schools, which were built to educate African-American children across the South in the early part of the 20th century. Langston operated from 1893 until 1965 when it closed following desegregation.

“I think a lot of people looked at Langston as a sports type of place because we were very successful in sports. But our educational program was what really helped me. It really motivated me to be and do what I did when I went to East Tennessee State,” Russaw said. “I was prepared. Our teachers at the time went above and beyond what we needed to know.”

Russaw said the school’s academic materials were not always up-to-date. In fact, many of the books were cast offs from Science Hill High School. Even so, teachers did what was necessary to ensure students were prepared academically.

“I think in looking at how it shaped my life, it made me more of a man. All in all, it shaped me to be a better man in my community and the places I’ve been,” he said.

Russaw graduated from ETSU with a degree in education. He worked as public safety officer for the Tennessee Valley Authority for many years before retiring. During the next chapter in his life, he worked as a substitute teacher, often at Science Hill, and worked for a decade as housing manager at Bethel Housing, an elderly housing unit in Jonesborough.

Russaw said he often tells his kids and grandkids how they need to carry on their heritage, but he recognizes they’re living in different times than he did. That’s why he thinks it’s so important to preserve Langston for future generations.

“It’s going to be a multicultural center. It will probably have the flavor of Langston, but it’s for the city of Johnson City and the surrounding areas to come and see,” he said. “We still want it to be where black history lives. History is not complete unless you have everything in it. I don’t think the history of Johnson City would be complete without Langston in it.”

Thanks to General Shale for Brick Donation Public Forum Planned for Aug. 18 at Carver Rec
Scroll to top