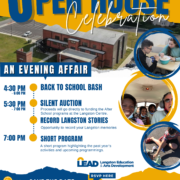 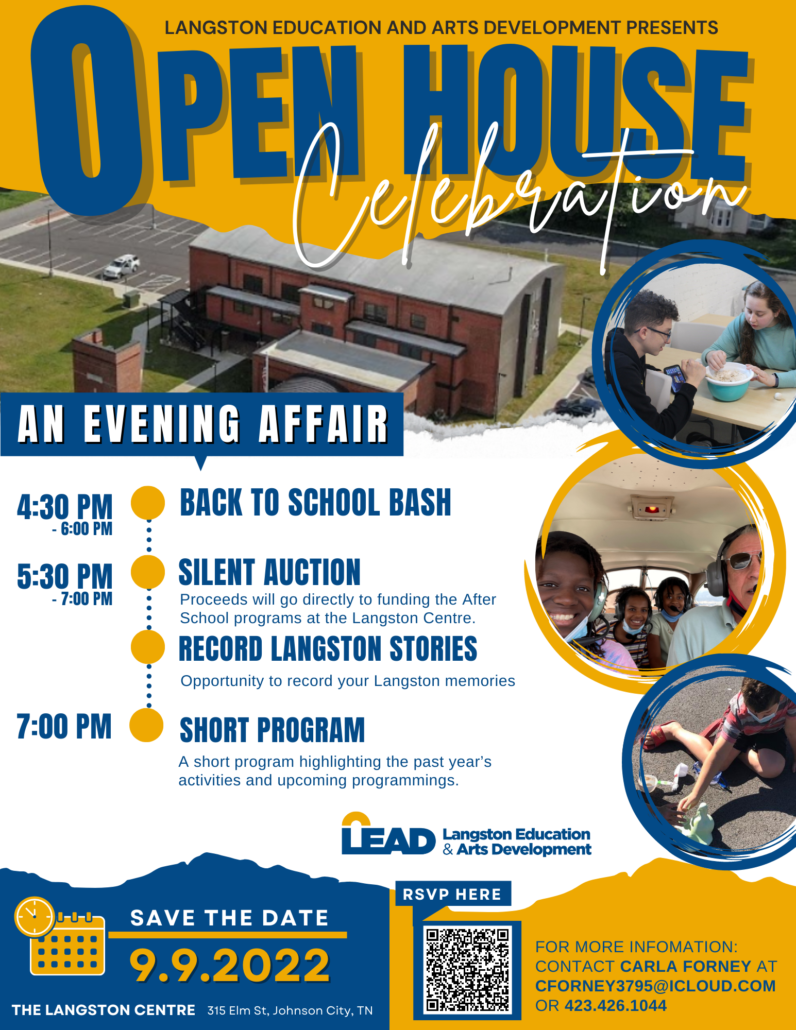 The Langston Education and Arts Development, Inc. is hosting an Open House with a Silent Auction fundraiser event on Friday, September 9, 2022 at the Langston Centre. Beginning at 7:00 pm will be a short program.

Donated items will be on display during the event and each item will be included in the silent auction. This is a great way to advertise and support the educational works at the Langston Center!

Proceeds from the Silent Auction go directly to funding the After School programs at the Langston Centre. This event is only successful due to the generous support of those who believe in our mission.

Please RSVP HERE to join us or if you are interested to donate items for the silent auction.

Please join us on November 17 from 2-5 pm for a ribbon cutting ceremony to commemorate the grand opening of the newly renovated Langston Centre at 315 Elm St. in Johnson City, TN. The ceremony will begin promptly at 2:15 pm with light refreshments and building tours to follow. For additional information, email cojcnews@johnsoncitytn.org or call 423.434.6021. […]

We’re overwhelmed by the positive response to our unique storytelling event set for Saturday! We’ve sold all 100 seats available at the International Storytelling Center!

If you were planning to come, but haven’t yet purchased tickets, please send an email to leadlhs@gmail.com to let us know of your desire to attend. We’ll add your name to a waiting list and let you know if seats become available. We cannot guarantee tickets will be available at the door, and we don’t want you to be disappointed.

You also have an opportunity to interact with our featured guest Ms. Sheila Arnold during a free storytelling workshop planned for Saturday (2/16) morning. Ms. Arnold is a master storyteller who has years of experience instructing others in the art. She will certainly have lots of tips to share about using storytelling as a way to teach others about history.

You have 10 days left to buy your tickets for Langston Lives!, the unique storytelling event we’re hosting at the International Storytelling Center.

The venue can seat 100 people, and we’ve sold about half those seats. We know many folks like to wait til the last minute to buy tickets, but we encourage you not to do so. With a limited only number of tickets, you don’t want to be disappointed!

For several months now, we’ve introduced you to notable alumni who have made a difference in the world using what they learned at Langston. Now we’re giving you a chance to meet some of these extraordinary people during a one-of-a-kind event set for mid-February.

The past will be brought to life during Langston Lives! Master storyteller Sheila Arnold will “become” notable Langston teachers and graduates. She’ll take on the personalities of some of the remarkable people who taught at and graduated from Langston High School. In this way, Ms. Arnold will convey the story and significance of Johnson City’s historic African-American high school.

For example, Ms. Arnold may give an impassioned sideline speech as legendary Coach Paul Christman, who led the school’s basketball and football teams to prominence and later became Science Hill’s first black coach. Or she may assume the personality of Dr. Hezekiah Hankal, the former slave and Johnson City alderman who founded Langston in 1893.

Langston Lives!, a gala featuring Ms. Arnold’s performance, “It Was Ours: Langston High School Through Memory’s Eye,” will be held Saturday, February 16 at the International Storytelling Center in Jonesborough. The event will feature a catered meal, delicious desserts and Ms. Arnold’s interpretive performance.

We’ll release many more event details as the date draws closer, but we wanted to make our supporters aware that tickets will be available during a special pre-sale event that starts TODAY! Tickets can be purchased online through Eventbrite at a reduced cost of $55 for individuals and $90 for couples. Prices will increase on Jan. 25, so act now to ensure the best value!

The event is being staged as a fundraiser to support LEAD’s efforts to develop a multicultural arts and education center in the school. If you or your business is interested in sponsoring the event, please send an email to leadlhs@gmail.com.

We look forward to seeing you on February 16!

We’re excited to announce a one-of-a-kind event coming next month! LEAD has partnered with Ms. Sheila Arnold, a master storyteller and historical interpreter, to create a unique portrayal of Langston High School’s history.

Langston Lives!, a gala featuring Ms. Arnold’s performance, “It Was Ours: Langston High School Through Memory’s Eye,” will be held on Saturday, February 16 at the International Storytelling Center in Jonesborough.

Tickets for this special event go on sale Friday, so be looking for more details headed your way later this week! 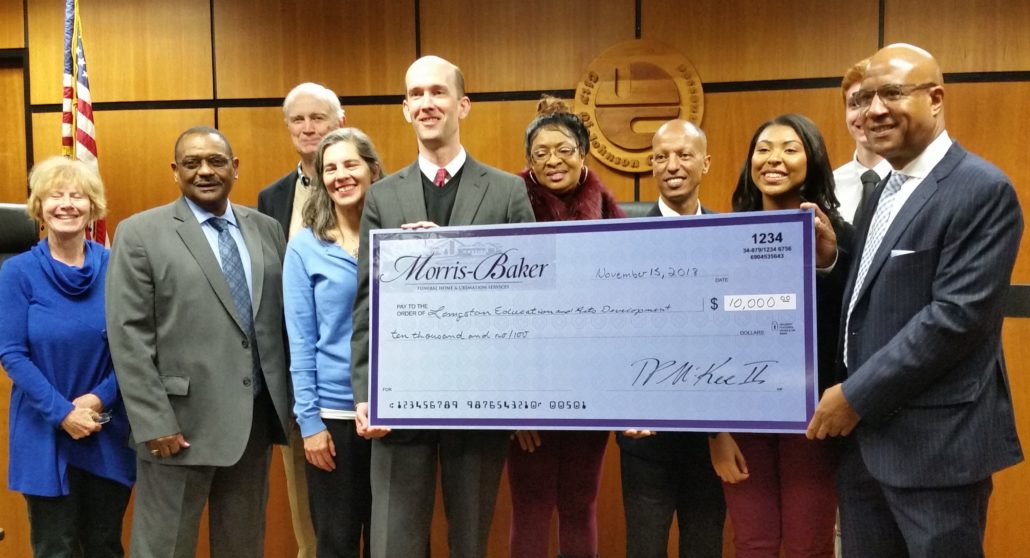 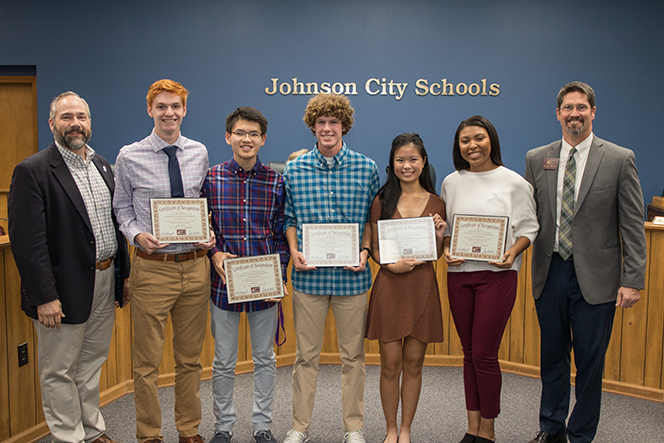 Two LEAD Youth Ambassadors have been recognized as “Commended Students” in the 2019 National Merit Scholarship Program. Andrew M. Keith, second from left, and Rachel K. Smith, second from right, were honored at a Johnson City Schools Board of Education meeting on Nov. 6. 2018.

These Science Hill High School students have worked alongside our executive board and advisory committee members since LEAD’s inception. We are extremely proud of not only their academic achievements but of their commitment to improving their community! Well done, Drew and Rachel!

For months, we’ve been raising money for renovations to the former Langston High School building. We’ve been talking about what the space will be used for and how it will benefit future generations. We’re excited by the possibilities this project offers and how it will shape our community for years to come.

Now, thanks to the dedication of many volunteers and the generosity of city leaders, businesses like General Shale and Appalachian Community Federal Credit Union and individual donors, we’re pleased to report that construction on the building has started in earnest.

Click through the gallery to see how work is progressing. We’ll post more pictures as the project takes shape.

A big thank you to the donors who have helped us reach this milestone. We couldn’t have done it without you!

You can be a part of this historic endeavor, too. Click here make a tax deductible contribution to Langston Education and Arts Development, Inc., and help preserve our school for posterity! 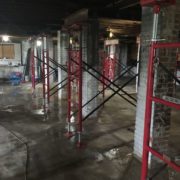 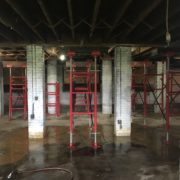 Floor has been cut for new footings. 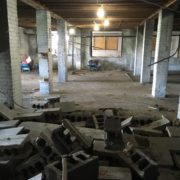 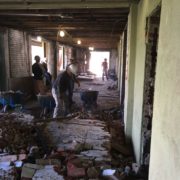 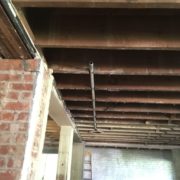 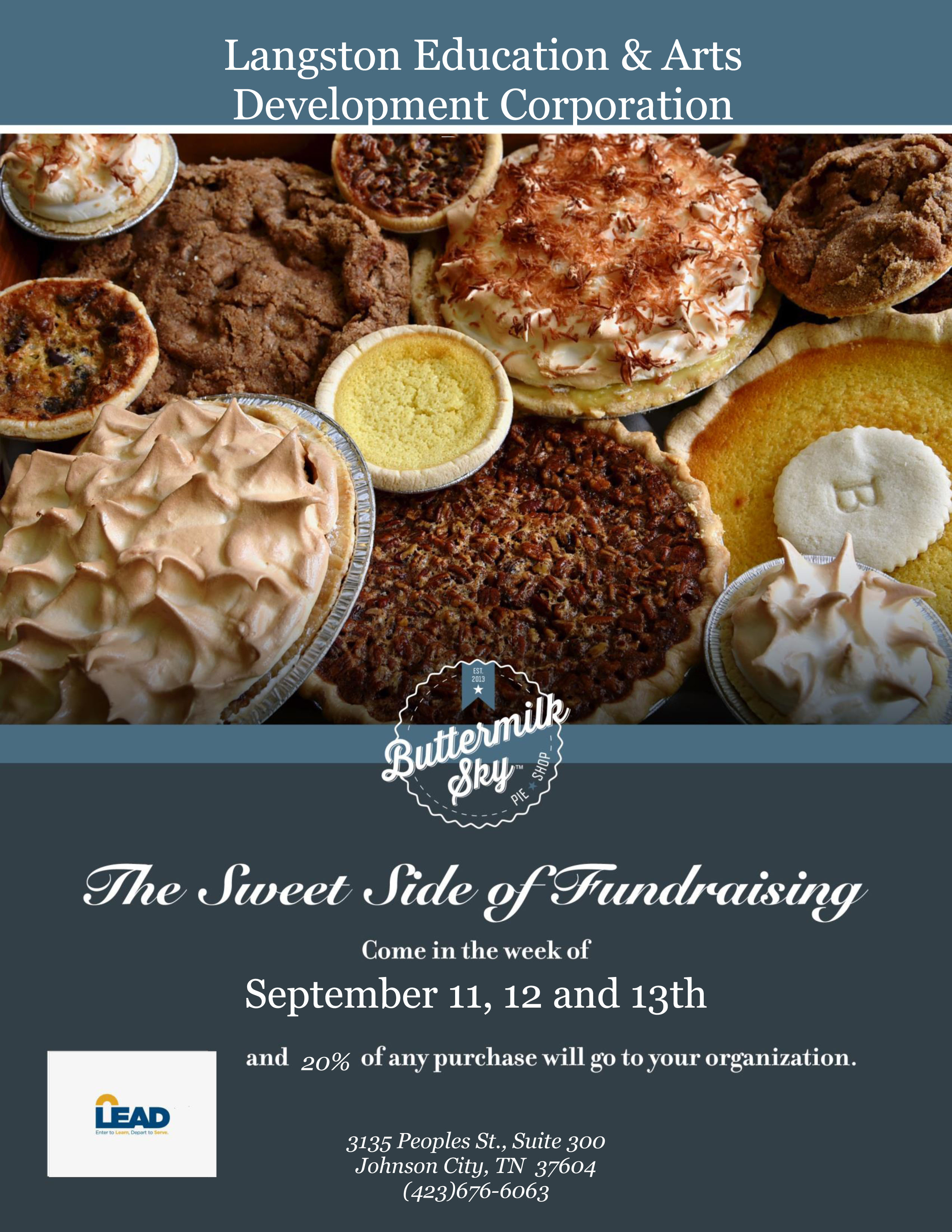 As if you needed another reason to enjoy a piece of pie, Buttermilk Pie Shop has partnered with LEAD to raise money to fund renovations at Langston High School.

From September 11-13, 20 percent of proceeds from sales at Buttermilk Pie Shop will be donated to LEAD. The pie shop is located at 3135 People’s Street, Suite 300, Johnson City. You can check out their menu here.

So go ahead and indulge! After all – it’s for a good cause!